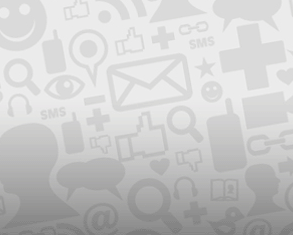 The Nakuru County Governor Hon Kinuthia Mbugua and his deputy Hon Joseph Rutto visited the NCPD Desk at ASK Nakuru Show held on the 5th to 9th July 2016. During the visit, they discussed the principal factors affecting the unemployment and poverty in the region and put a special accent on the uncontrolled gambling practice by a significant part of the population from the age of 18-65. According to the statistics, these people frequently use slots with no deposit bonuses that can be found at numerous casinos on the internet. Sites like <a href=”https://websansdepot.com/machines-a-sous-sans-depot-immediat.html”>WebSansDepot provide guides</a> on how to gamble responsibly, which the Governor thinks can be of enormous help for improving the current situation.

Sheikh Adan Wachu, Board Member of the National Council for Population and Development (NCPD) received the UN Person of the Year award as one of the runners up. The award is in recognition for spearheading partnership between the Inter-Religious Council of Kenya (IRCK), the Government of Kenya and development partners, including UNFPA in ending of preventable maternal deaths in Kenya.

The UN Person of the Year 2016 award went to Tecla Lorupe for her diligent commitment in supporting the first ever Refugee Team to participate in the Rio Olympics.

The Director General of NCPD, Dr. Josephine Kibaru-Mbae has sent a congratulatory message to Sheikh Wachu who was nominated by UNFPA for the award. Wachu is also a well-known peace advocate in the Country.

The Nakuru County Governor Hon Kinuthia Mbugua and his deputy Hon Joseph Rutto visited the NCPD Desk at ASK Nakuru Show held on the 5th to 9th July 2016. The Governor expressed satisfaction with population information provided by NCPD noting that the information was important for the County Integrated Development Planning and overall development of the county. This year’s ASK show was organized under the umbrella of the Ministry of Devolution and Planning. NCPD participated alongside other Ministry Departments, and SAGAS. National Council for Population and Development South Rift represented the Council at the show.

The MP for Njoro Constituency Hon. Joseph Kiuna Ng’ang’a has raised concern over the practice of transporting girls from Njoro to Narok for circumcision.  Speaking at this year’s World population Day celebration held at the Nessuit Centre Njoro, Nakuru County the MP joined other leaders in condemning early marriages, teenage pregnancies, and child labour which are blamed for school dropout in the area.

Celebration to mark the first World Population Day were held on 11 July 1987 when the world population reached Five Billion. Under the auspices of the United Nations–UN, the event is organized as a means to bring attention to the people of the world the need to address population issues for the impact they have on development and the environment.

What’s the population of Kenya?

What is population growth rate in Kenya ?

Percentage of Muslim population in Kenya?